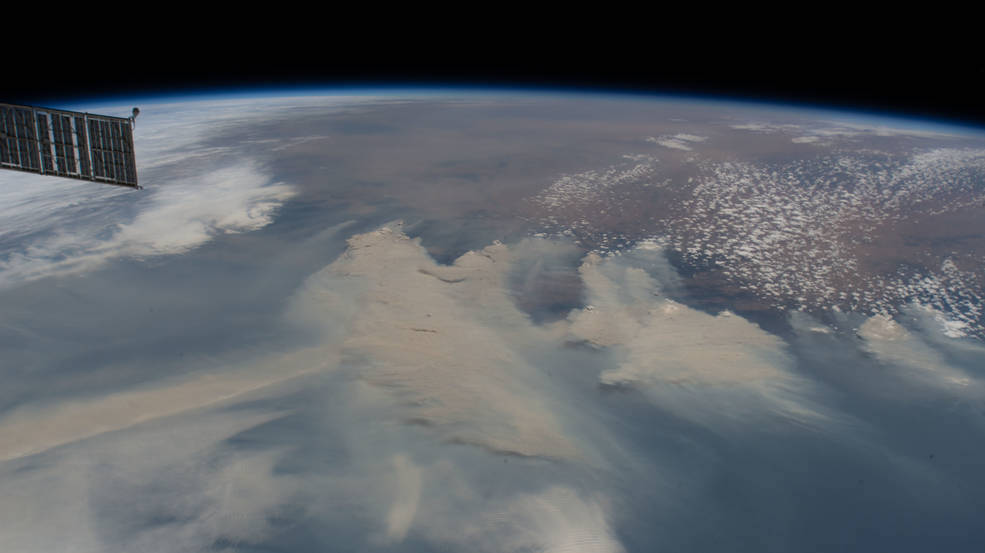 Extreme fire activity was seen above Australia from the International Space Station in January 2020.

The devastating southeastern Australian bushfires that started last September spewed smoke and aerosols higher into the atmosphere than some Earth-observing instruments have ever measured.

After months of hot and dry weather, the fires erupted in the heavily populated areas of New South Wales and Victoria burning millions of acres of land, destroying thousands of homes, and taking dozens of lives across the country. Now that the fires have been extinguished, NASA scientists are still seeing lingering effects of this natural disaster.

Between November 2019 and the end of January 2020, the Stratospheric Aerosol and Gas Experiment (SAGE) III instrument, mounted on the International Space Station (ISS), saw a dramatic increase in the amount of stratospheric aerosols above Australia.

Aerosols are tiny, airborne, solid and liquid particles in the atmosphere. Most aerosols are naturally occurring, including windblown dust from deserts, sea salt, smoke from wildfires, and ash from volcanic eruptions. Stratospheric aerosols can play a role in the destruction of ozone, which acts as Earth’s sunscreen to protect humans from harmful ultraviolet rays from the Sun. In addition, depending upon their size, type, and location, stratospheric aerosols can also either cool Earth’s surface, or warm the atmosphere, contributing to variability in the climate record.

Aerosols from wildfires, as well as volcanic eruptions, can have an effect on Earth’s Antarctic stratospheric ozone hole. During winter in the polar regions, aerosols grow to form polar stratospheric clouds (PSCs). The large surface areas of these cloud particles provide sites for chemical reactions to take place. These reactions lead to the formation of large amounts of reactive chlorine and, ultimately, to the depletion of ozone in the stratosphere.

Because the fires could have a potential impact on ozone levels at the pole, areas of low ozone could sweep out over regions in the southern hemisphere. New Zealand and parts of South America, such as Argentina and Chile, have been affected in the past by areas of low ozone moving overhead. With reduced amounts of ozone, which acts as Earth’s protective sunscreen, there could be an increase in sunburns, skin cancer and cataracts in humans and reduced crop yield in plants.

Access the full article from the Related URL below: